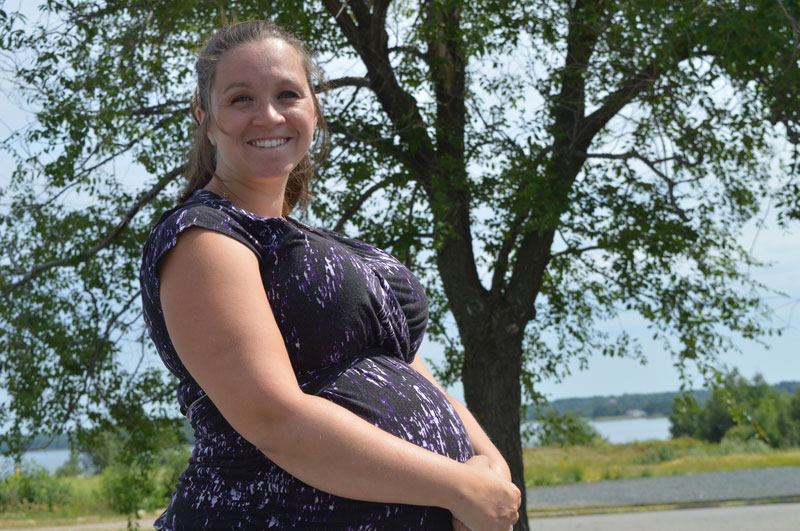 Cathleen MacKenzie expects to give birth to a baby boy in mid-October.

But she won't be choosing his name, finding the perfect crib or holding a baby shower. She also won't take him home once he's born.

The Bathurst surrogate mother, who's gone through this process four other times, said the emotional attachment is different from carrying your own child.

"You're not buying baby things, you're not thinking about what the baby is going to look like," said MacKenzie. "When you go into this, you already know the child isn't yours."

Sally Rhoads-Heinrich, of Surrogacy in Canada Online, an Ontario-based organization that provides information, referrals and support to parents and surrogate mothers, said not feeling a strong emotional attachment to the babies is not uncommon for surrogates.

Rhoads-Heinrich said the feelings of a surrogate toward the child are similar to the ones of a babysitter, who cares for the child but then gives him or her back to the parents.

It's with the parents where the surrogate's deepest connection lies, said MacKenzie.

"When you spend a full year with people, it's such an intimate level that you share with them," said the surrogate mother. "They become part of your life, and it's very difficult afterwards to discontinue that relationship."

In Canada, surrogate mothers cannot receive payment, except for the reimbursement of expenses such as maternity clothes, loss of wages, gas, groceries and medical costs.

MacKenzie said her motivation has always been to "relieve the stress and pain" that infertility, or simply the inability to reproduce (in the case of same-sex couples), brings.

"I wanted to be part of the solution, when there was no other option to having biological children," she said.

That's a challenge that Christine Herman and Bill Freeman of Halifax said they know too well.

After years of unsuccessful attempts to have a baby of their own, a period Herman describes as "a road full of grief and bad news," they came to terms with the reality that they would need the help of a surrogate mother.

In June 2018, they reached out to Surrogacy in Canada Online and were matched with a surrogate mother in Ontario within a couple of weeks.

But with an estimated rate of 20 to 50 potential parents for every surrogate mother in Canada, Rhoads-Heinrich said they were lucky.

"It can take years for some intended parents to find a match," said Rhoads-Heinrich.

Herman, whose son Béla was born approximately 10 weeks ago, said her priority throughout the surrogacy process was to ensure her connection with the surrogate mother was strong.

"It is hard. I have no control over what this person does on a day-to-day [basis]. She could be eating Doritos and [drinking] Coca-Cola every day, and I have no control over that. We spent a lot of time thinking about what my surrogate wants from this. We want a baby, but why did she come to the table?"
Herman said she felt that understanding her surrogate's wants and needs was her responsibility.

"We spent a lot of time trying to make sure that she got what she came for. You can't just be a passive participant. You have to make sure that your surrogate is getting whatever she needs — to feel a human connection or whatever it is.

"I think that really helped because it was a wonderful experience."

Herman said their surrogate mother is now a close friend of the family, and they communicate almost daily.

MacKenzie, the Bathurst surrogate mother, said it's always her desire to keep in touch with the parents.

"It keeps me involved and I do appreciate when parents do that because they don't have to. Those things really do mean a lot," she said.

Herman said they spent well over $40,000 for the whole surrogacy process. Costs include the embryo transfer, medical screenings, legal fees and reimbursement of the surrogate mother's expenses.

Rhoads-Heinrich said most surrogate mothers will claim an average of $18,000 in expenses for the whole process.

MacKenzie, who has four children of her own, said the most challenging part about surrogacy is devoting almost a year of her life each time, and how that impacts her own family.

"Each time we decide to do this again, it is a family sit-down. It is going over what it means for us, what I won’t be able to do with them that year, and if we are all willing to make the sacrifices again."

When asked why she continues to do it, MacKenzie said it's because it's "addictive."

"The fact that you are allowed to be a part of something so magical and unique ... it clings to you, it swallows you. I feel like I realized how amazing this roller coaster is.

"It is not easy, but it is entirely worth it."